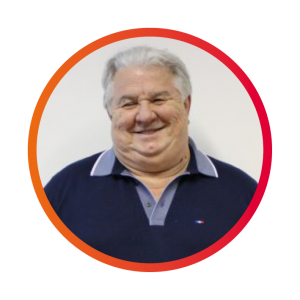 Prof. Eduardo Falabella Sousa-Aguiar, Chemical Engineer, MSc, DSc, has 40 years experience in the field of catalysis and catalytic processes. He has worked in the Federal University of Rio de Janeiro for 38 years, where he is currently Full Professor of the Department of Organic Processes. He has also been a Senior Advisor in Petrobras Research Centre (CENPES), where he was the manager of the XTL cell, a group devoted to the development of XTL technologies in Petrobras.

He has been involved in many research projects and activities and spent quite some time as member of the team that has transferred the technology of cracking catalysts from AKZO Nobel to FCCSA. He has also worked some time as a research fellow in the AKZO Research Centre in Amsterdam, in the University of Brunel, UK, in the Technical University of Vienna and in the Texas Ketjen Plant in Houston, USA.

Prof. Falabella is a prolific writer and has authored over 300 scientific papers, two books and several patents. He has also advised over 40 MSc and PhD theses. He has been the focal point in Brazil for the international program CYTED, subprogram “Environmental Catalysis”. In 2011, as recognition of his contribution to the Catalysis Community, he was invited to become a member of the Scientific Committee of ICS-UNIDO. Also, in 2010, he was elected a member of the Council of the prestigious International Zeolite Association, being the first South American to occupy such position.

He has been awarded several times, deserving special attention the Plinio Cantanhede Award, in 1994 (the best scientific contribution to the Brazilian oil and Petrochemistry Industry), the Governador do Estado Award, in 1998 (the best international patent) and the Golden Retort, in 2000, for his contribution to Brazilian Catalytic Community and Life Achievement. Moreover, he was given in 2005 the award “Catalysis and Society”, for the creation of the Brazilian Network on Chemical Transformation of Natural Gas. In 2008, he was given the prestigious Brazilian National Technology Award for his developments in the field of dimethyl ether. In 2012, he was the recipient of the James Oldshue Award of the American Institute of Chemical Engineers for his contribution to the development of Chemical Engineering in Latin America. Finally, in 2014, he has received the FISOCAT Award, as senior investigator. In 2016, he has been nominated Honorary Professor of the China University of Petroleum. He is frequently invited as speaker in many congresses and seminars. Indeed, he has been plenary lecturer in international congresses in 21 countries. 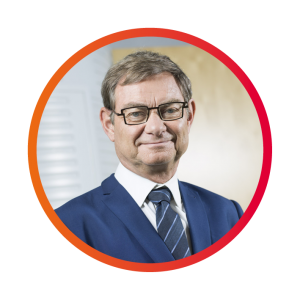 Prof. Ludo Diels, Dr. in chemistry & biotechnology, works at the University of Antwerp, and is research manager Sustainable Chemistry for the Flemish Institute for Technological Research (VITO) in Mol, Belgium.

During 15 year he managed the Environment and Process Technology Business Unit and is now responsible for the transition toward sustainable chemistry and clean technology. He is responsible for the organisation of collaboration with the academic and industrial world and for co-financing projects. He coordinated and is involved in many international research projects. Ludo Diels is strongly involved in the set up of a biobased economy in Flanders.

He is also responsible for the collaboration between VITO and India and he is managing the creation of a road map and Strategic Research Agenda for R&D on biomass and biowaste between India and Europe. He is a founding father of the Shared Research Centre on Bio-aromatics (BIORIZON) between the Netherlands and Flanders. He is also founder and Flanders coordinator of the BIG-C trilateral alliance between Flanders, the Netherlands and NordRhein Westfalia (Germany), focusing on a border denying collaboration for the chemical industry with focus on waste gases and biomass as renewable resources. He is case leader for bio-aromatics in the Vanguard Initiative, pilot Bio-economy, leading to smart specialisation of interregional collaboration.

Process intensification and the partial replacement of fossil based resources by biomass-based and renewable resource form the basis for the Sustainable Chemistry Development. The integration of waste (including also waste gases as CO2and H2) and wastewater management and technologies are key in the development of a sustainable World. In this way he also was on the basis of the ANDICOS™ concept, a combined waste and wastewater treatment system leading to reduced energy consumption in water treatment and production. He is the chairman of the working group FEED in the Energy and Resources (PPP-SPIRE between 8 industrial sectors and the European Commission) and member of the SPIRE-BBI working group.